The web-exchange is an event where the students met virtually during a 10 week-period. The students engaged in discussions regarding how an occupation-focused perspective might support vulnerable and excluded groups in all three countries. The overall aims of this web-exchange were to: 1) use projects as a vehicle for engagement in and discussion of occupational issues that promote a deeper understanding of the theoretical concepts associated with occupational therapy; 2) engage with the international community to strengthen and deepen professional identity; 3) facilitate the development of intercultural skills to support the increasingly diverse populations in all three countries and 4) stimulate debate and discussion about new solutions to similar occupational issues for individuals, groups and communities.

The web-exchange required the students to take part in a series of digitally based meetings e.g. via the use of skype, Zoom or another technology (appendix 5). We encouraged them to experiment and use their preferred digital platform. The students met in mixed University groups.  Each of the Universities developed learning opportunities where groups of students had the opportunity to meet and engage with a vulnerable and excluded group/community e.g. older adults, those with visual impairment, and those with mental health concerns. The remit of the projects for each University was slightly different to meet the needs of each of the programmes; however, the projects provided the students with materials for discussion in their mixed virtual groups.

The students met over five sessions lasting approximately 90 minutes. Each University committed to making time in the timetable for this activity. The sessions had the following themes to facilitate and energize rich discussions: 1) introduction – getting to know each other; 2) occupational injustice; 3) what an occupational perspective can add; 4) sustainability and 5) preparations for presentations. During each of the discussions, the students discussed similarities and differences between the countries regarding occupational therapy practice, welfare, social and health care systems. Each group had a chairperson from each University who was responsible for setting up the meeting.

During the first two events the students made visits to community organisations and participated in a wide range of learning activities in line with their own learning institution (appendix 4). Their work with community organisations and academic study was used a basis for discussion in their ‘virtual meetings’. At the end of the 10-week period the groups synthesised their learning and presented what they had learnt from one another and what they identified will influence their future practice at a virtual conference.  It was required that at least one student from each University was part of the presenting team.

In 2019, three other Universities (UoV, BU, RSU) were invited to join the virtual event to enhance the intercultural learning opportunities and offer further opportunities to work across the EU. This event was structured in a similar way, but the output was different and is described below.

Throughout all of the virtual learning events, the preparatory activities remained consistent.  In order to encourage critical thought and exploration of occupational injustice, the team developed a set of learning resources (appendix 2a,b) to accompany Professor Hocking’s narrated PowerPoint. These tools were designed to be used across all partner institutions to help students prepare and focus their discussions for both the virtual exchange and physical exchange. Due to the variation in curricular activity and stage of education of students between the partner institutions it was agreed that each partner would use the learning resources as required to meet the individual needs and requirements of their own curriculum.

In the final web-exchange involving six Universities the conference had to be adapted to avoid too many presentations; a challenge for students where English is their second language. During this learning event, students produced ePosters in their mixed groups and prior to the event posted questions about each of the posters. A staff member from one of the participating Universities undertook a discussant role and began the session highlighting interesting findings and themes and posed questions about the role of occupational therapists in the setting. They then moderated the discussions between the students from all six universities. 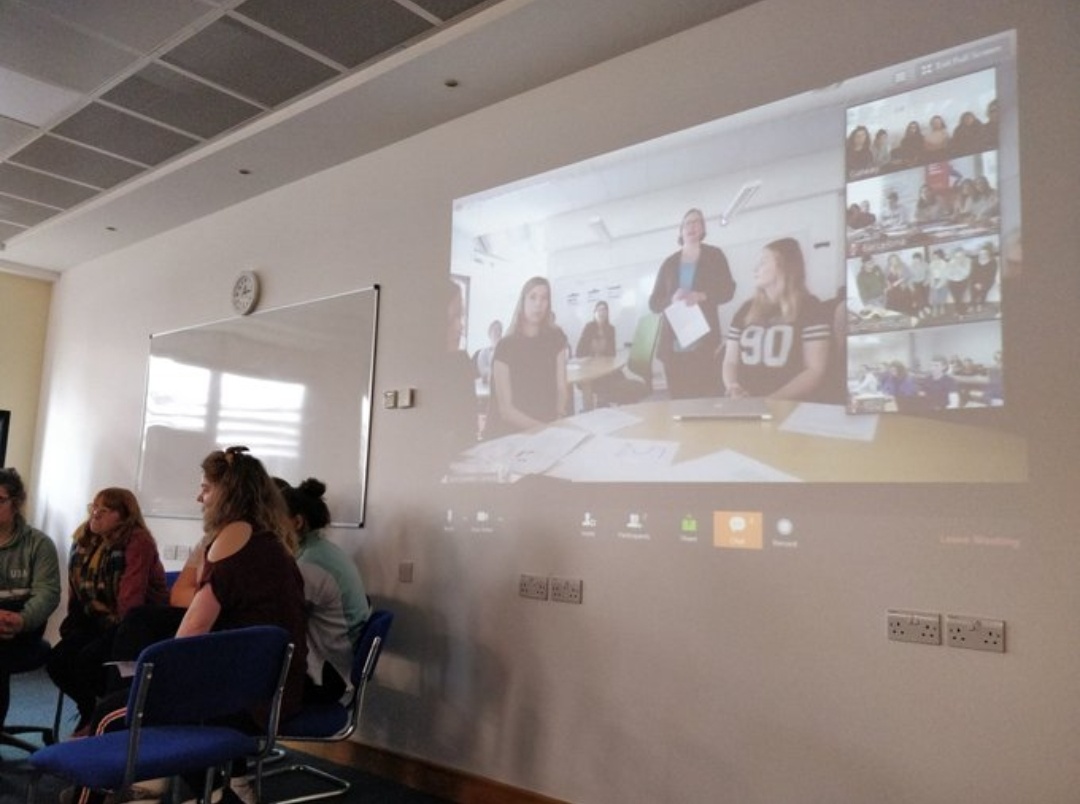 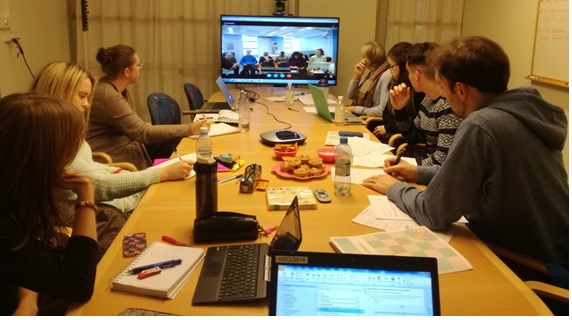